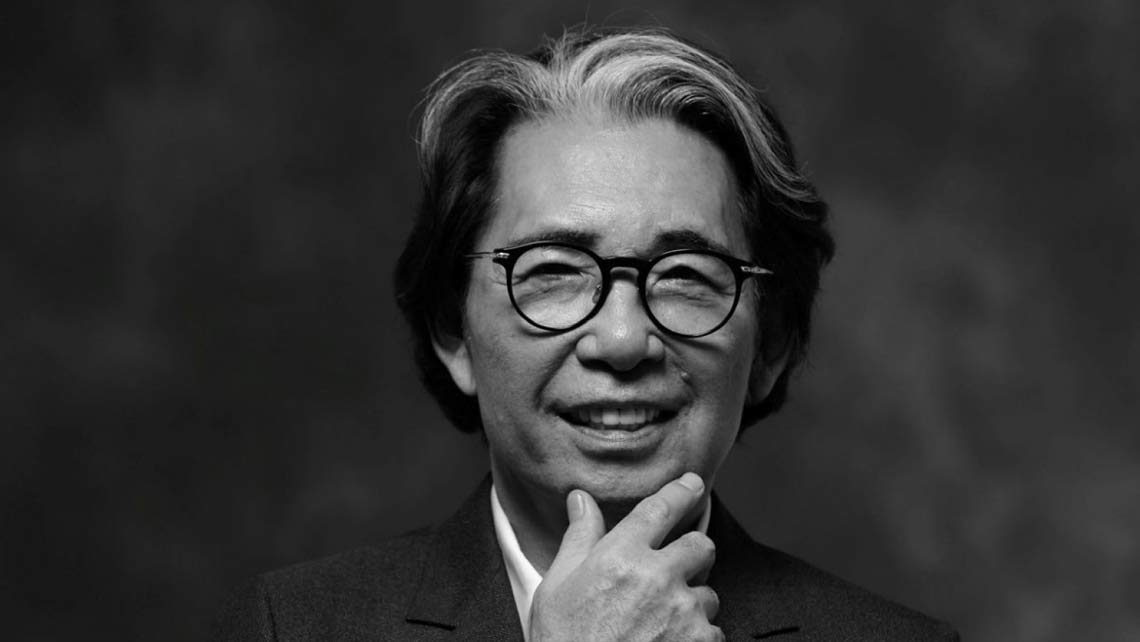 Kenzo Takada was born in Himeji, February 27, 1939 was a Japanese stylist, designer and costume designer. Fifth of seven children, Kenzo Takada developed a passion for fashion at a very young age, and after dropping out of Kobe University he enrolled in a Tokyo fashion school in 1958.

After graduating in fashion in Tokyo, Kenzo moved to Paris in 1964 and began his career in the fashion world. The inspiration for Takada comes from Yves Saint Laurent, his idol since he was a teenager. Kenzō Takada initially in Paris is forced to make do, selling his designs to fashion houses. In 1970 Kenzo opened the first fashion boutique in the Galerie Vivienne. With a few Franks he manages to buy fabrics and creates his first fashion collection, eclectic and daring, which immediately hits the city. From then on, Kenzo's career and fame will be steadily rising, he will demonstrate all his talent and also his dramatic sense, in the fashion shows making ordinary people go on the catwalk masking their defects and in the event shows, see the one with the circus, ending with horseriding performers wearing transparent uniforms and himself riding an elephant. Over the years he launched a line for children called Kenzo Jungle, as well as his collection of jeans for men and women: we are in 1986. Shortly thereafter, the launch of his business in the perfume sector will also take place. After a successful career and having created a recognizable and economically strong brand, in 1993 the Kenzo brand was sold to the LVMH empire. The designer announces his definitive retirement from the stage in 1999, although from time to time he collaborates in events and with younger designers. In January 2020, Kenzo announces to the public that it plans to launch a New brand called K3, which makes its appearance on January 17, 2020 at the Maison et Objet fair, as well as in a Parisian showroom. The collection consists of furniture, carpets, wallpapers, ceramics, sheets, household and bathroom linen designed by Kenzo.