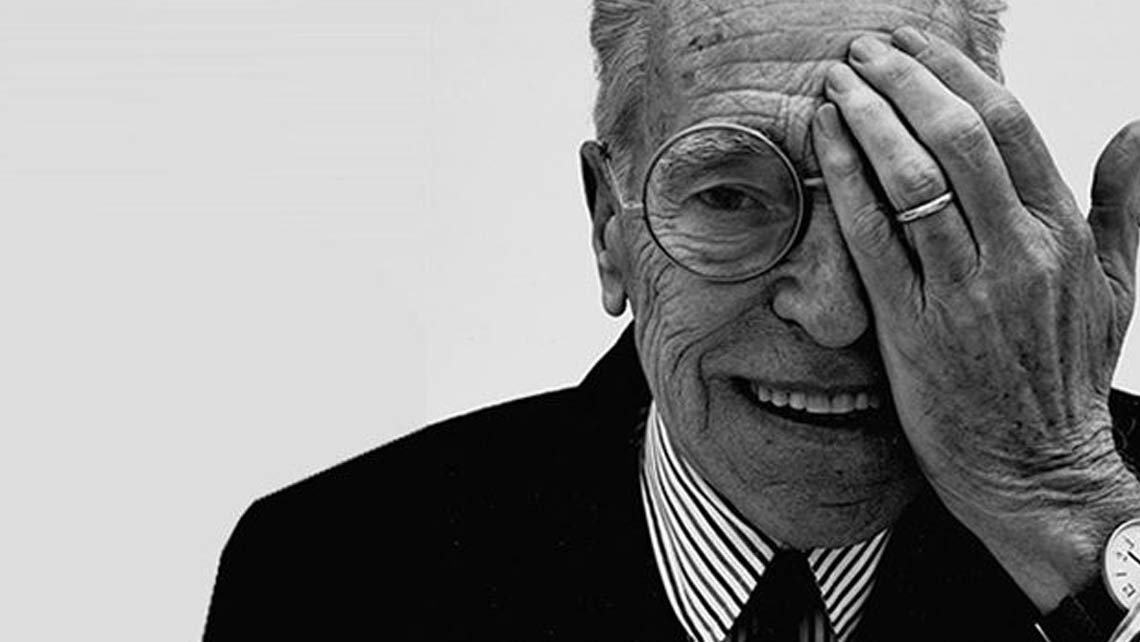 Achille Castiglioni was born in Milan on February 16, 1918. He studied Architecture at the Politecnico di Milano and graduated in 1944. Father Giannino is a sculptor: his are the fountain of St. Francis in Piazza Sant'Angelo in Milan, and the door of the Cathedral of Milan in the part concerning the life of St. Ambrose). The older brothers Livio (1911-1979) and Pier Giacomo (1913-1968) have an architectural studio in Piazza Castello in Milan.

As early as 1940 Achille worked at the studio helping the brothers, then from 1944 he devoted himself with them to urban planning, architecture, exhibitions, exhibitions and product design projects. The study turns its attention to experimentation on the industrial product, carrying out research on new shapes, techniques and materials: the final objective is the realization of an integral design process. In 1944 Achille Castiglioni and his brothers took part in the VII Triennale of Milan where he presented the IRR126, a radio device designed for industrial production. At some point the eldest of the brothers, Livio, will devote himself strongly to the development of projects related to radio. To underline the harmony of the Castiglioni brothers, the writer Dino Buzzati will come to compare them to "a body with a single head". In the years 1952-1953 he worked on the post-war reconstruction of the Palazzo della Permanente in Milan. In 1956 he was among the founders of ADI, the Association for Industrial Design. Numerous awards have been received in these years: between 1955 and 1979 he won seven Compasso d'oro awards; at the Triennale he won numerous awards: in 1947 a bronze medal, in 1951 and in 1954 a Grand Prix, in 1957 a silver medal and a gold medal, in 1960 a gold medal and in 1963 another medal silver. He collaborates with the most important home furnishings companies including De Padova with whom he signs the Scrittarello Desk.