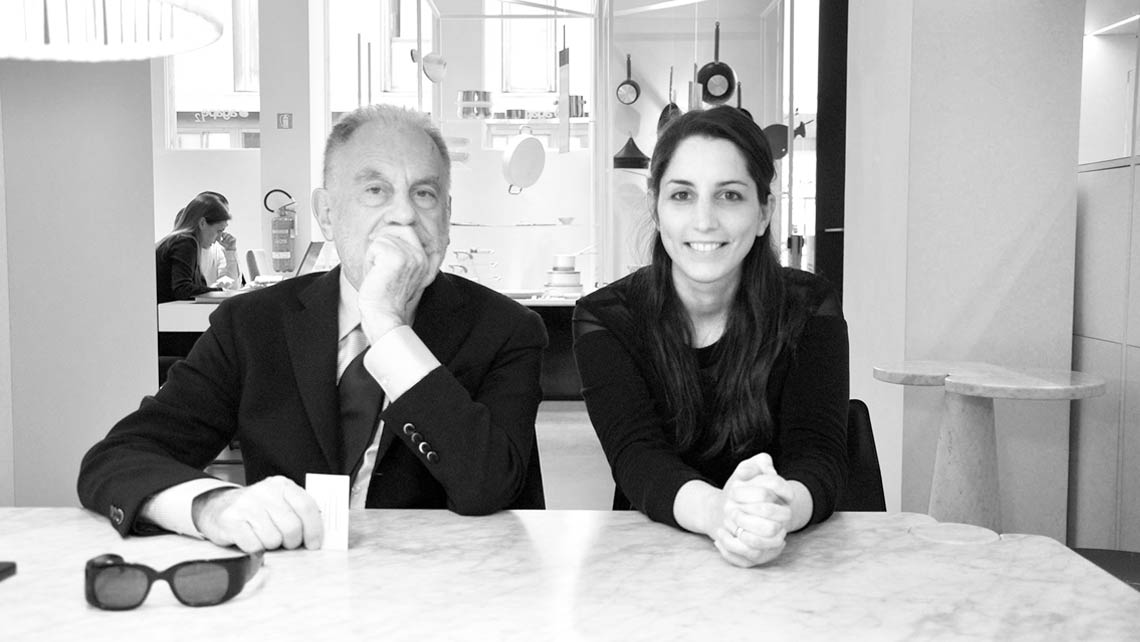 Giampaolo Benedini, graduated in architecture from the Milan Polytechnic, began his professional activity in 1973. In the same year he is co-founder of Agape, taking on the position of CEO until 1990 and art director until 2000. With some exceptions, all products until 2010 are of his own idea (about 200), continuing successively in a less exclusive way. His plans for Governolo and Correggio Micheli offices. Angelo Mangiarotti's products in the Agape and Agapecasa catalog were engineered by the Benedini Associati studio.

From 1974 to 1990 art director and designer of the whole Schirolli production factory offices established in 1888. In 1990, the study takes the name Benedini & Partners. From 1991 to 1995 he was responsible for style and vice president of Bugatti Automobili. His was the style of the EB 110, the SS version and the concept of the EB 112. From 1993 to 1996 he was Corporate Styling director of Lotus Group International, under his direction the Elise models and the GT3 version of the Esprit were born. In 1999 the interior design, set-up and design division took on the name Benedini Associati. Bibi Camilla Giampaolo and Maria Camilla Benedini are part of it. There are numerous national and international magazines that have published projects, various awards for quality of design. Among architectural projects: in the industrial field, the best known in Campogalliano for Bugatti Automobili, in Noale and Scorze for Aprilia; restoration projects in Castiglioni Court, Siliprandi Palace, Palazzo Andreasi; a long list of building renovations and new buildings for homes and offices; exhibition and museum exhibitions in Palazzo Te, Casa del Mantegna and Palazzo Ducale in Mantua. Bibi Benedini, from the beginning of the profession and entrepreneurial career of Giampaolo Benedini, covers not only administrative and management roles but also as a selector of products for interior architecture and researcher of materials, finishes, color combinations and of course comparison in all projects. Thanks to his presence, the ability to support any emergency in the early years of Agape and consolidation of the professional development of Benedini Associati and Benedini & Partners has been instrumental in achieving the set goals.