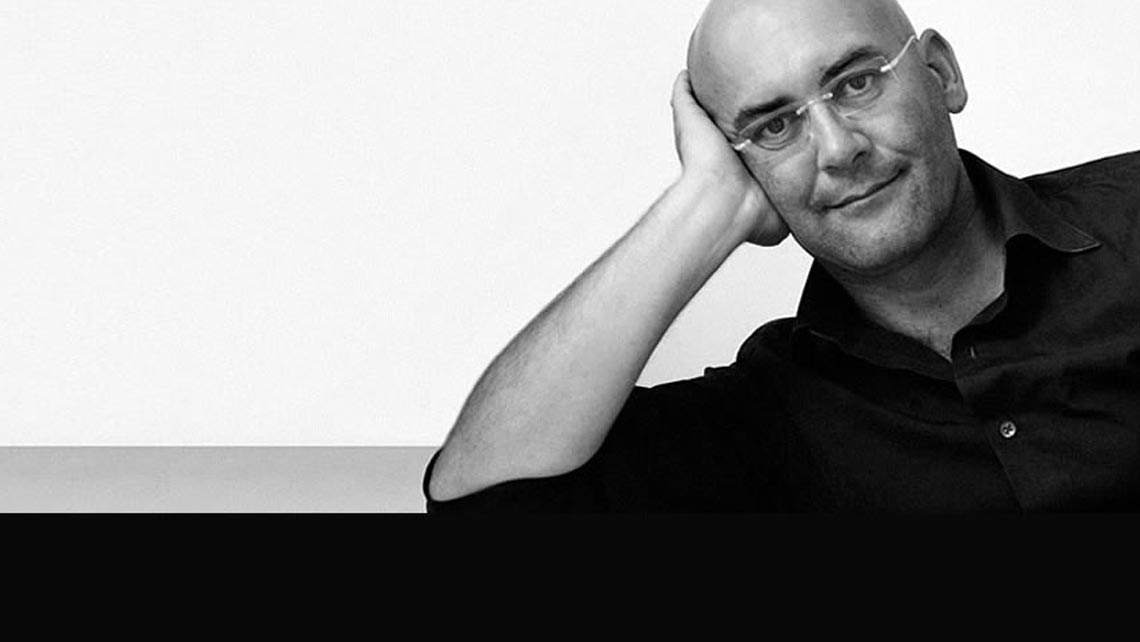 Davide Groppi was born in Piacenza in 1963. He invented and built lamps since 1988. Simplicity, lightness, emotion and invention are the fundamental components of the lamp project, conceived as an alphabet for writing light stories.
In 1988, starting from a very small laboratory in the historic center of Piacenza, Davide Groppi began to invent and produce lamps with the homonymous brand.

The inspiring reason for Davide Groppi's work is to approach the light with the idea of ​​approaching the truth and, consequently, to seek the truth by pursuing beauty.
Lamps and light projects in which simplicity, lightness, emotion and invention are the fundamental components of the project.
Davide works with the awareness that making lamps is not an exact science, but at the same time with the need to look for a method. It is the discovery of intuition and the strength to look inside. The love for his work and the constant urge to make sense of everything led Davide to identify four project paradigms: intuition, vision, invention, recovery.
Davide Groppi, in the eighties he began to dialogue with light in a tiny laboratory in the heart of Piacenza without knowing exactly why, if not that his father taught him to build things: "A pinball machine, a telegraph ... a lamp". Since then, Groppi has been designing (and producing) stories of light without ever leaving Piacenza, thanks to a workshop of making, thinking and playing that bears his name and which has grown over time, thanks to two Compasses d ' Gold, to become part of this year's Italian Design Brands, pole of excellence of Italian design.
This is how Davide tells his story: << I was born on a summer day in 1963. My parents thought of calling me Davide, not expecting that in life I would make lamps and work with light. In fact, my name read backwards becomes Edivad and for one who has worked and works with Edison's bulb it is a beautiful sign of destiny ... Nomen Omen.
My father taught me to build objects, a sense of beauty and a taste for doing things well. In 1985 I started working as a mechanical designer, but it is only in 1988 that I started to invent, build and sell lamps. I don't really know why the lamps, but certainly the lamps gave me the opportunity to express my personality and to do something true. The first laboratory was very small, in the center of Piacenza. In 1994 I was lucky enough to meet Maddalena De Padova who, inexplicably, decided to buy 40 pieces of my model (Baloo) and to exhibit them all together in the space of Corso Venezia on the occasion of the Salone del Mobile in Milan. It was a memorable and exciting moment for me because I realized that maybe I could really do what I was fighting for. Subsequently, I met other people who allowed me to spread my lamps all over the world. Some collaborations with companies that have contributed to making my work international have been important: Boffi, Mutina, Paola Lenti, Agatha Ruiz De La Prada and, recently, Christofle.