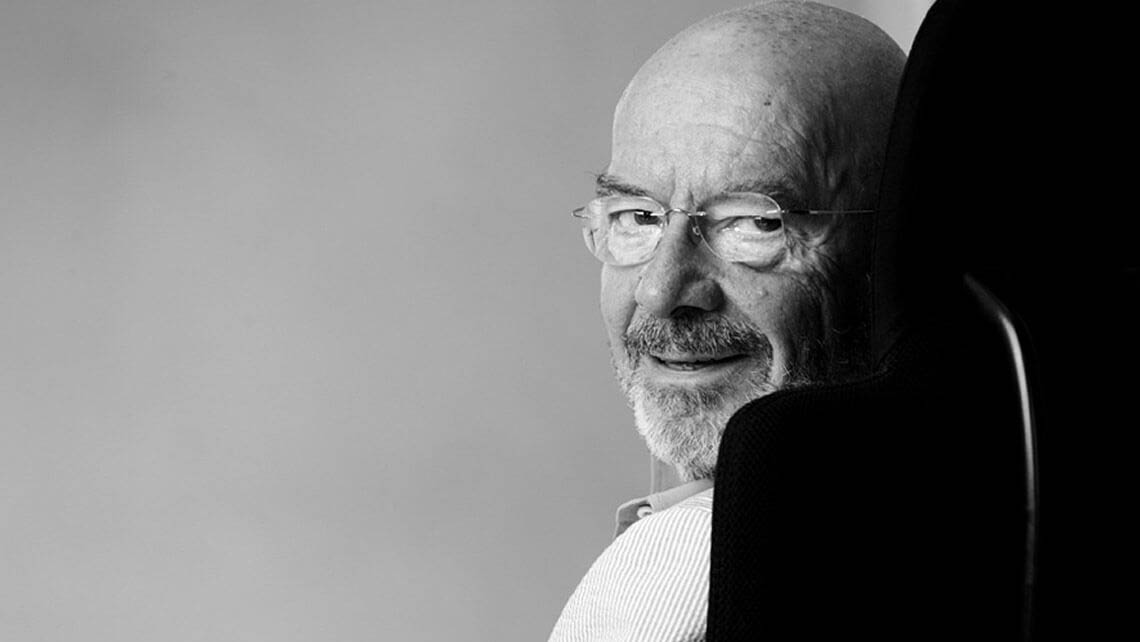 Mario Bellini was born on February 1, 1935 in Milan, he graduated in architecture in 1959 at the Polytechnic of Milan where he professed Ernesto Nathan Rogers, Gio Ponti, and Piero Portaluppi, at the time Dean of the Faculty of Architecture. In the sixties and precisely one year after graduating, he began his activity in the field of design, opening his professional studio.

From 1961 to 1963 he was director of design in la Rinascente, the famous and prestigious chain of department stores. Since 1963 he has occupied the position of chief design consultant at the Olivetti company; his most famous projects include the first personal computer in the world, namely the P101 (1965), the Divisumma 18 and 28 calculators (1973) and the typewriters Praxis 35 and Praxis 45 (1981). From 1969 to 1971 he was president of the Association for Industrial Design and in 1978 he became consultant for research and design for the well-known car manufacturer Renault. From 1986 to 1991 Bellini was director of Domus and from 1979 to 2019 he was a member of the Scientific Council of the design section for the Milan Triennale. He also taught in many design schools, including the Istituto Superiore del Disegno Industriale in Venice from 1962 to 1965, the Hochschule für angewandte Kunst in Vienna between 1982 and 1983, and at the Domus Academy in Milan from 1986 to 1991. Since 1980 he has mainly dedicated himself to architecture, creating, among others, the Portello district of Fiera Milano, the Exhibition and Congress Center of Villa Erba in Cernobbio, the Tokyo Design Center in Japan, the America Headquarters of Natuzzi in the United States, the National Gallery of Victoria in Melbourne, the Headquarters of the Deutsche Bank in Frankfurt, the Museum of History of the City of Bologna, the building for the Department of Islamic Arts at the Louvre in Paris, and the new Milan Congress Center, the renovation of the facade of the international Airterminal T3 of the Rome-Fiumicino airport. He has participated as a teacher in seminars and conferences in various countries of the world. An art lover, collector, he also dedicated himself to the preparation of art exhibitions. Personal exhibitions have also been dedicated to Bellini. The 8 Compasso d'Oro would be enough - alone - to explain the genius and inventiveness of Mario Bellini, the numerous exhibitions in Italy and abroad, the confirmation of an incredible career, the monograph of the MoMa - Museum of Modern Art in New York in 1987 the consecration of his absolute talent. Among the companies that have relied on him, over the years, in addition to Brionvega, Cassina, Yamaha, Rosenthal, Renault and B&B Italia stand out from this latest collaboration, the Vol au Vent chair will be born. Twenty-five of his works are present in the permanent collection of the MOMA - Museum of Modern art in New York.