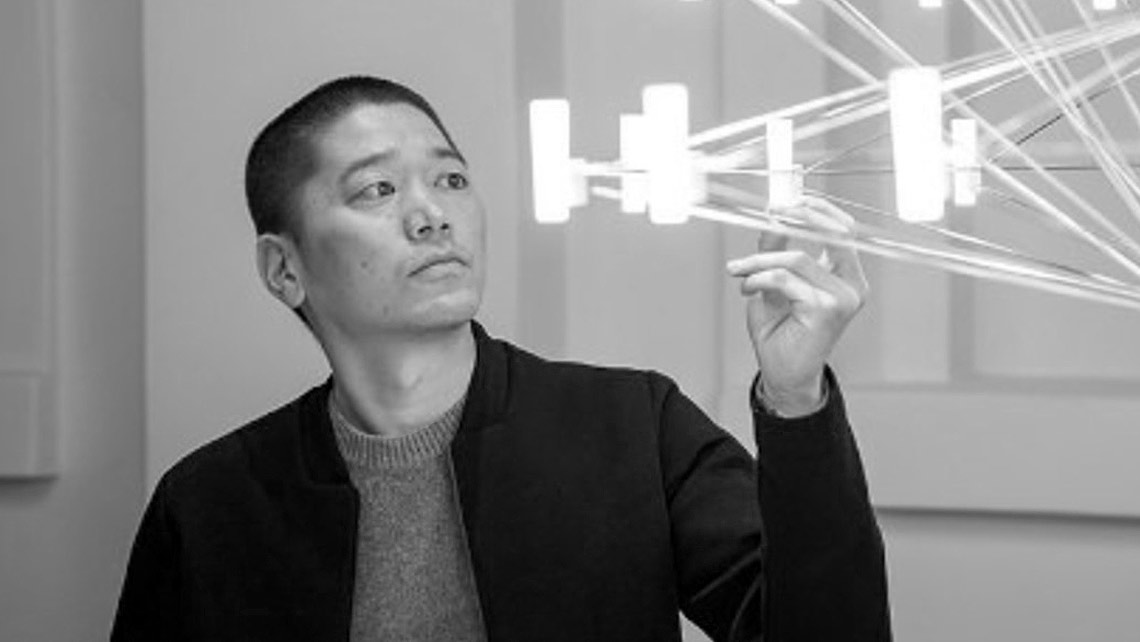 Arihiro Miyake was born in Kobe in 1975 and is a Japanese designer. Miyake studied at his hometown design faculty and graduated from Kobe Design University, Japan in 1999.

After completing his studies in Japan he moved to Finland to continue his training in the field of design applied to furniture. In 2002 he obtained a master's degree in furniture and spatial design at the Aalto University of Art and Design in Helsinki in Finland, at the same time he began his career as an interior designer developing projects for restaurants. During his stay in Finland, he founded his first personal studio “Studio Arihiro Miyake”. Among his projects are noteworthy exhibitions of architecture of furniture and design of lamps. Among his best-known creations are the family of lamps In The Wind, with a spiral-shaped shape, Kepler, with a well-known structure with intertwined rings and Titia, a suspension lamp with a geometric structure reminiscent of a honeycomb. Arihiro seeks immortality in aesthetic structures amidst technical and innovative challenges.
After having worked for some design studios in Helsinki and Milan, and founded his own studio "Studio Arihiro Miyake" in 2004 in Helsinki, Studio Arihiro Miyake has collaborated internationally on various design projects such as the architecture of public places and the famous design of lamps for lighting and his collaboration with MOOOI from which the famous Coppelia lamp was born.