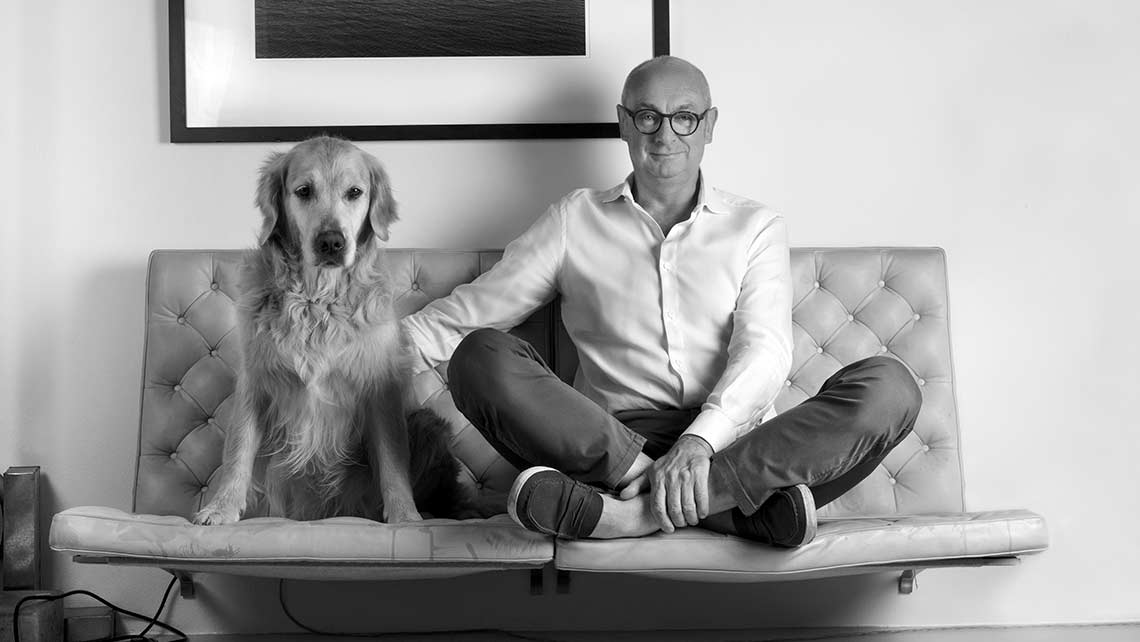 Piero Lissoni is an architect and designer, born in Seregno in Italy in 1956, he graduated in Architecture at the Milan Polytechnic. In 1986 he founded the Lissoni Associati studio (together with Nicoletta Canesi), a multidisciplinary reality that nowadays boasts offices in Milan and New York and develops international projects in the fields of architecture, product design, graphics and visual communication, thanks the contribution of other companies that are part of the group, including Graphx (founded in 1996).
In 1996 the agency for visual communication was founded, directed by Massimo Lissoni, Graph.x, specialized in brand identity, catalogs, advertising campaigns, videos, web design and packaging, responsible since 2007 for the visual coordination of the Venice Film Festival, organized by the Venice Biennale.

Based in Milan and New York, Studio Lissoni has been developing international architecture, interior, product design and graphic design projects for over thirty years, in addition to having the artistic direction of important companies. Led by Piero Lissoni, the study mixes different skills with a holistic and tailored approach thanks to which it stands out in different areas, maintaining a highly recognizable stylistic figure and visual identity. Based on rigor and simplicity, the studio's works are characterized by attention to detail, consistency and elegance with a particular attention to proportions and harmony. Piero Lissoni is the creative director of Alpi, Boffi, De Padova, Living Divani, Lema, Lualdi, Porro and Sanlorenzo, for which he designs various products. Recognized among the masters of contemporary design, he collaborates with numerous international brands including Alessi, Antrax, Atlas Concorde, B&B Italia, Bonacina1889, Cappellini, Cassina, Cotto, Fantini, Flos, Glas Italia, Golran, Illy, Janus et Cie, Kartell, Kerakoll, KN Industries, Knoll, Nerosicilia, Olivari, Salvatori, Techno, Viccarbe. Lissoni New York instead develops interior projects on the American market. Among the most important architectural projects are the Gran Park Hotel in Rovinj in Croatia (2019), the restyling of the historic Camparino in Galleria in Milan (2019), The Middle House of the Swire Hotel group in Shanghai (2018), The Oberoi Al Zorah Beach Resort Ajman in the United Arab Emirates (2017), Oceana Bal Harbor, residential project in Miami (2017), the Casa Fantini hotel on Lake Orta (2017), the SX76 yacht (2018) and the SX88 yacht from Sanlorenzo ( 2017), Conservatorium Hotel in Amsterdam (2012), the renovation of the historic National Theater in Milan (2009), in addition to the headquarters of companies such as Boffi, Glas Italia, Fantini, Living Divani and the shipyards of Sanlorenzo di La Spezia. Piero Lissoni is a member of the Board of Directors of the MAXXI National Museum in Rome, a member of the Advisory Board of the Politecnico di Milano and visiting professor. It is also part as honorary member of Altagamma International Council. In 2013, to take care of the many international architecture clients, Lissoni Architettura was born. In 2015 Lissoni Inc. was created in New York, where the interiors for the American, Canadian and central and South American markets were developed. Lissoni Inc. collaborates with architects on all US projects. Lissoni and his multinational team cover the areas of architecture, interiors and product / lighting design, graphics, artistic direction and corporate identity. The projects extend globally and include private villas, residential buildings, offices, factories, theaters, restaurants and hotels, yachts.