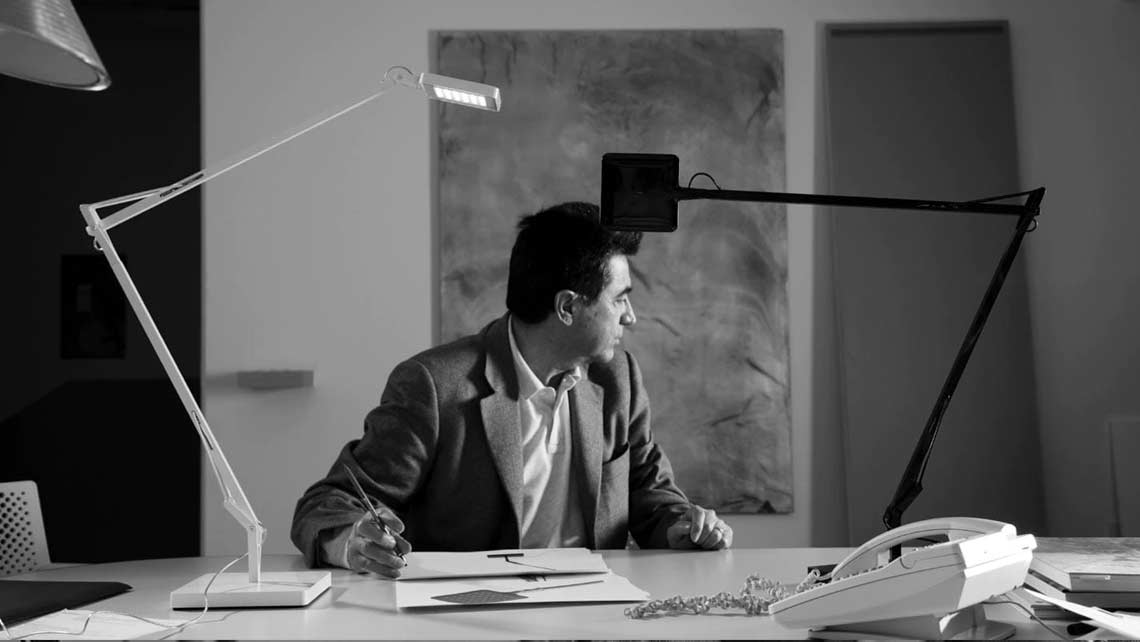 Antonio Citterio was born in Meda in June 1950, opened his own design studio in 1972 and graduated in architecture at the Politecnico di Milano in 1975. Between 1987 and 1996 he was associated with Terry Dwan; together they built buildings in Europe and Japan.

In 2000 Antonio Citterio together with Patricia Viel founded, a design company, active at an international level, which develops complex design programs, at every scale and in synergy with a qualified network of specialist consultancy.
The studio has now taken the name of "Antonio Citterio Patricia Viel", has a strong experience in providing detailed documentation of the project that covers both the envelope, the core and the interior of a building, from the envelope of the building to the interior design, including elements and custom-made furniture. The types of projects developed by the studio include: urban plans, residential and commercial complexes, production plants, restoration / reuse of historic buildings, offices, showrooms and hotels. Antonio Citterio and Patricia Viel are also active in the corporate communication sector, managing coordinated image projects, installations and graphics. Recently built works include the headquarters of the Ermenegildo Zegna group in Milan (Italy), the Bulgari Hotel in London and the Technogym Village in Cesena (Italy).
CITTERIO-VIEL & PARTNERS studio participates in national and international design competitions and is ISO 9001: 2008 certified. In 2015, a company wholly controlled by the Italian company was established in New York.
In the industrial design sector of home furnishing design, Antonio Citterio currently collaborates with Italian and foreign companies such as Ansorg, Arclinea, Axor-Hansgrohe, Maxalto, B&B Italia, (the entire Gio collection such as the Coffee table, the Chaise Longue, Table or la Dormeuse), Flexform, Flos, Hermès, Iittala, Kartell, Maxalto, Sanitec (Geberit Group), Technogym and Vitra.
In 1987 and 1994 Antonio Citterio was awarded the Compasso d'Oro-ADI award.
Since 2006 he has been a professor of architectural design at the Academy of Architecture in Mendrisio (Switzerland).
In 2008 he received the "Royal Designer for Industry" award from the Royal Society for the encouragement of Arts, Manufactures & Commerce in London.