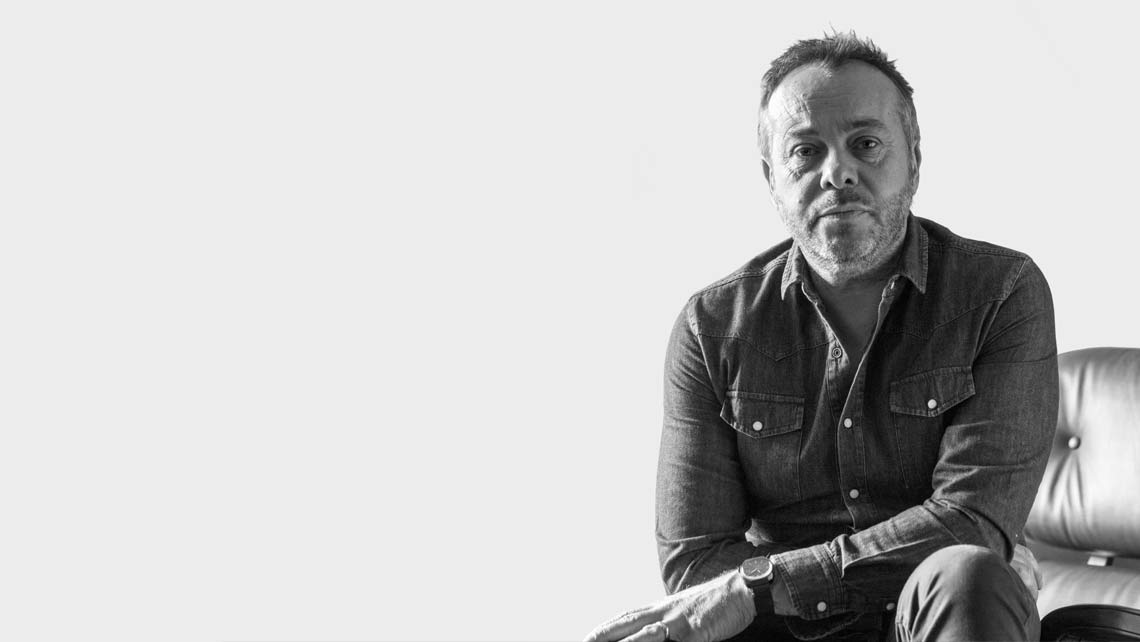 Patrick Norguet was born in Tours on June 15, 1969, and studies at the Higher School of Industrial Design in Paris. In 2000, he founded his own design studio, ranging from the design of industrial products to architectural projects.

Patrick Norguet looks at objects and design from a graphic perspective. Since childhood, in fact, he has always preferred an album of white sheets to be filled with sketches and drawings to textbooks, expressing a practical approach, later consecrated by the studies in industrial design completed in Paris (ESDI), which is the basis of his atypical "constructive rebel" profile.
For him, design is above all a matter of happy encounters. The thing that fascinates him most is the exchange with the producers, the discovery of their knowledge; the impulse of a creative intent refined by technical limits, economic stakes and user expectations that he hopes to discreetly but lastingly convince. Being inspired by everything around him, he does not follow trends but tries to give shape to products that, thanks to their relevance and modernity, are able to pass the test of time: “A well-designed object, created through generous collaboration , it is eternal ".
In 2005 he was elected designer of the year at Now! Design for living (Maison & Objets). Free spirit of French design, he developed an approach to design based on eclecticism, designing objects characterized by a continuous search for balance and rationality. He designs products for interiors and architecture for various clients and home furnishing companies - design. He designs the collection of kobi seats (2012) and kayaks (2014) for Alias in Italy and collaborates for De Padova for which he designs the Chair with Armrests named M16 and Lapalma. Lives and works in Paris.